For Spencer Schneider cooking is a great way to experiment with different ideas, meet new people, stay healthy, and volunteer within his local community.

At an early age, Spencer Schneider found a passion for cooking, helping his mom make dinner and other meals, snacks, and desserts. As he got older, he began trying new foods and learning more about nutrition and forming a healthy diet. He later went on to utilize these concepts in his boxing boot camp and meal prep program called Spencer Schneider Training.

Over the years, he has worked in various restaurant settings learning how to cook and prepare meals. Currently Spencer Schneider volunteers at Second Harvest Food Bank preparing meals for at-risk youth in his local area. 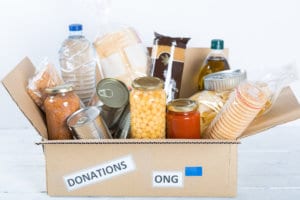 With locations all across the United States, Second Harvest Food Bank strives to bring an end to hunger for families struggling with unemployment, low-wage jobs, and other causes for emergency food assistance. In the region where Spencer works, one in five households is at risk of hunger. With the rising cost of food, housing, bills, and other necessities, groceries and food items tend to be among the first areas where cuts have to be made. Meals are often skipped and parents will often go without in order to ensure their children have enough to eat.
This is where Second Harvest Food Bank steps in, providing numerous resources for these families and communities including:

This location of Second Harvest Food Bank was founded in 1982 and has since become the largest food bank in the world in 2005 while helping with hurricane relief as millions of individuals were displaced from their homes.

Spencer Schneider takes great pride in working with this group and supporting other food charities across the globe and in his local community to help make a positive impact on the lives of others.